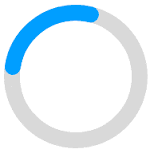 Some Important IT Quiz Questions which you shouldn’t forget for an  IT Quiz.

1. “Gramophone Company of India” ?
Ans: Saregama
2..Expand MAC as in MAC address.
Ans:Media Access Control
3. What was aquired by Confinity in 2000 ?
Ans: Paypal (later aquired by ebay)
4.News.com is owned by?
Ans: CNET
5. x is a humanist sans-serif typeface designed by Vincent Connare for the Microsoft Corporation in 1996. It is named after the trebuchet, a medieval siege engine. The name was inspired by a puzzle question that Connare heard at Microsoft headquarters: “Can you make a trebuchet that could launch a person from main campus to the new consumer campus about a mile away? Mathematically, is it possible and how?” Connare “thought that would be a great name for a font that launches words across the Internet”
X?
Ans: Trebuchet MS


6. Social Soccer is an app by?
Ans: TCS
7.’bad boy ballmer the man who rules microsoft’ is a book about steve Ballmer, who wrote it?
Ans: Fredric Alan maxwell
8.’Name of book written by Micheal Dell with cathreine fredman?
Ans: Direct From Dell
9.ChatON was a global mobile communication service introduced by ?
Ans: Samsung
10.Father of the Modern Algorithm ?


11. father of the analysis of algorithms –

Ans:Donald Knuth – He wrote The art of computer programming
12. X is a corporate initiative of the information technology company IBM. The initiative seeks to highlight how forward-thinking leaders in business, government and civil society around the world are capturing the potential of smarter systems to achieve economic growth, near-term efficiency, sustainable development and societal progress.,
Ans:IBM Smarter Planet
13. What is e-PPS launched by Kapil Sibal?
Ans:Electronics Project Proposal System (e-PPS)
14. Which IT company was the chief IT Service provider on 2012 Olympics?
Ans: Atos Origin
15.X is a type of Internet bot that aims to vote automatically in online polls, often in a malicious manner. X attempts to act like a human, but conduct voting in an automated manner in order to impact the result of the poll.
Ans: Vote bots


16.MobiCash Easy is mobile wallet offered by which major bank in India?
Ans: SBI
17.X is derived from the word segue.meaning smooth transition. X is a two-wheeled, self-balancing, battery-powered electric vehicle invented by Dean Kamen
Ans: Segway
18. What is DRM regarding copyrights?
Ans: Digital Rights Management
19. ATI is a graphics card related company, expand ATI and which company aquired ATI?
Ans: Array Technologies Incorporated , AMD aquired ATI
20.X is a pricing strategy by which a product or service (typically a digital offering or application such as software, media, games or web services) is provided free of charge, but money (premium) is charged for proprietary features, functionality, or virtual goods
Ans: Freemium


27. Who is the founder of Zynga?
Ans: Mark Pincus
28.Kirana now is owned by which company?
Ans: Amazon
29.x is an image recognition mobile app developed by Google. X is used for searches based on pictures taken by handheld devices. For example, taking a picture of a famous landmark searches for information about it, or taking a picture of a product’s barcode searches for information on the product
X?
Ans: Amazon
30.Control Video Corporation was the old name of a company which was aquired by Verizon. Which Company?
Ans: AOL
31.X is a co founder of facebook who found Asana after he left facebook. X?
Ans: Dustin Moskovitz
32.Which company purchased a small wireless technology company called Cloudhopper to boost their SMS services ?
Ans: Twitter
33. The term skype is derived from which two words?
Ans: “Sky” and “Peer to Peer” .


34. The Bangalore based company Little Eye Labs was aquired by?
Ans: Facebook
35. Expand MIMD
Ans: MIMD (multiple instruction, multiple data)
36.Ben Silberman is the founder of?
Ans: Pinterest
37.One Click is a book written by y Richard L. Brandt about whom?
Ans: Jeff Bezos
38. X is a mobile augmented reality software by Times Internet Ltd
Ans: Alive VR (GreetZAP,Follo are also owned by Times)
39.What is the term used for injecting malicious code or malware laden advertisement in to an legitimate advertisement?
Ans:Malvertising
40.Yahoo has partnered with which company to help Yahoo mail users attach files easily and quickly ?
Ans:Dropbox


41.. What did Eesha Khare do ?
Ans:Invented 20 second mobile charger
42.What is the news reading app owned by Linkedin named?
Ans: Pulse
43. X is an organization was founded in 1998 by Steve Linford
to track email spammers and spam-related activity, was in the news
because of some serious spam attacks ?
Ans: The Spamhaus Project
44.Who created Braille Smartphones?
Ans:Sumit Dagar