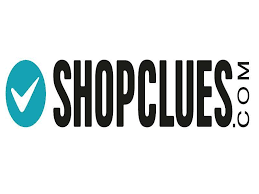 Latest IT Quiz Questions 1. This ecommerce site is known as the Sarojini Market of e-commerce.Found by Sanjay Sethi in July 2011.and grown faster by sellingproducts which are so cheap in quality and in price as you can find inSarojini Market Delhi. You can find all shit in this site yeah evenCow Dung, Gomutra.. Their GMV Target is $3 Bn by FY 2018. Which famousE-commerce space I’m talking about?
Ans: Shopclues2. Getit Infoservices is the Parent Company of X group which alreadyshut down its operations in ecommerce few months ago due to shortageof funds from investors. Services of this group includes onlinesearch, listings and deals portal,e-commerce site. What is X?Ans: Askme
3. Google Search Head Amit Singhal, had joined the board of directorsof ‘X’ last month. ‘ X’ is a ecommerce portal which revolutionized theflow of money via internet in India.#XkaroAns: Paytm
4. Amazon has Amazon PrimeFlipkart has Flipkart AssuredWhat is the name of Snapdeal’s equivalent service ?
Ans: Snapdeal Gold
5. This ecommerce company had recently spend 200 Cr in rebranding andrunning a campaign named Unbox Zindagi, which was much criticized.People even asked will ‘X’ be the next AskmeBazaar? Which top Indianecommerce site is ‘x’?
Ans: Snapdeal
6.online grocery delivery startup ‘Mygreenbox’ was acquired by?
Ans: Grofers7.’X’ is an online retail service made up of mostly small Chinesebusinesses offering products to international online buyers. It isowned by the AliBaba group. What is X?
Ans; AliExpress
8. Skava Commerce, a New Standard for Modern, Mobile-first and ModularE-commerce Platforms. Which company owns Skava?Ans: Infosys

9.Which famouos online ticketing site was co founded by Dhruv Shringiand later aquired by Terrapin 3 aquisition group for $218 million.Translation of the name of this site in both Malayalam and Hindi givesthe word, the reason or why we use the site.Ans: Yatra
10. ‘X’ is an Indian Online shopping E-commerce portal for Home,Llifestyle & Fashion e-retailer launched in the year 2009 in the nameBigShoeBazaar.com.In 2011, the company raised Rs 40 Crore from Catamaran Ventures, andin 2012 they raised 100 crore INR from Qualcomm and Fidelity Growthpartners India.In 2013, the site was revamped with a new logoUnfortunately in 2014, they had changed their business model fromE-commerce to Affiliate Marketing, and served the best offers andcoupons of Myntra,Jabong,Zovi,…Again In 2016, they lost there .in domain and I owns it.What is X?
Ans: Yebhi11.Whose Venture capital funding firm is Catamaran Ventures ?
Ans: NR Narayanamurthy12. Who is the newly elected chairman of GSMA who will take over JonFredrik Baksaas who will step over in the end of this year ?
Ans: Sunil Bharti Mittal


IT Quiz Questions and Answers 2016
You May Also Like,