1.This website which was recently released is connected to which personality?

2. EdgeVerve Systems, a wholly-owned subsidiary of which company ?

3. X’ Optumera is a Digital Merchandising Suite that harnesses the power of Big Data analytics, and prescriptive algorithms to respond to evolving consumer and market trends. Identify X?

6. Toughbook is a trademarked brand name owned by which company?

Answer- Panasonic Corporation and refers to its line of rugged computers.

8. KEYone phone is from?

9. Country X will unilaterally implement a digital service tax if there is no

“If we cannot reach agreement, the we will go it alone with a Digital Services Tax of its own,” minister said. Identify this

13. Hashtags are everywhere. They are used by millions across all social media platforms.

But the concept of tagging social media groups or topics with a hashtag is credited to one man.

The inventor of the #tag ?

15. X said sorry for wrong Aadhaar breach report. Tagline of X is “security to be free”

she introduced many computer concepts, and is considered the 1st computer programmer.

In 1843 she publishes notes on Babbages Analytical Engine.

3. elected fellow of theRoyal Society
4. An Investigation of the Laws of Thought …?

He is Claude Shannon’s graduate advisor.

This American electrical engineer is one of the pioneers of computing.

Over the span of his life, X held 49 electronics patents. Identify Mr X?

20.George Robert Stibitz, In 1940 he and Samuel Williams, a colleague at a company, built the Complex Number Calculator, considered a forerunner of the digital computer.

1. John Vincent Atanasoff conceived basic design principles for the first electronic-digital computer and, assisted by his graduate student, Clifford E. Berry, constructed a prototype here in October ——–. It used binary numbers, direct logic for calculation, and a regenerative memory. It embodied concepts that would be central to the future development of computers.

2.In the same year Hewlett and Packard decided to formalize their partnership. They tossed a coin to decide whether the company they founded would be

in the May issue of Astounding Science Fiction.

In it, he introduced the Three Laws of Robotics:

2.A robot must obey the orders given to it by human beings, except where such orders would conflict with the First Law.

3.A robot must protect its own existence as long as such protection does not conflict with the First or Second Laws.

This is thought to be the first known use of the term “robotics.”. Who is this SF author?

Conceived by Harvard physics professor Howard Aiken, and designed and built by IBM, this machine is a room-sized, relay-

based calculator.
This machine was originally called the

“Automatic Sequence Controlled Calculator” by IBM, and often referred to as the “Harvard Calculator” when first installed in Cambridge in 1944. It started to be known in this name, as its successor machines were built.
What’s the name of this machine?

This component was successfully demonstrated on December 23, 1947.

The three individuals credited with the invention of this component were William Shockley, John Bardeen and

Walter Brattain.
This proved to be a viable alternative to

then existing system.
Identify the component we are talking about ? 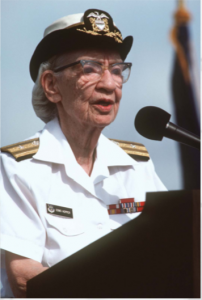 26. In 1958 Jack Kilby of X company, and Robert Noyce of Y company independently thought of a way to reduce

27. Born in 1953, graduated Harvard in 1974 in physics. He worked at the MIT Artificial Intelligence Lab from 1971 to 1984, developing system software including the first extensible text editor Emacs, plus the AI technique of dependency-directed backtracking, also nown as truth maintenance.

In 1983 he launched a movement by announcing the project to develop the GNU operating system, planned to consist entirely

of a particular software. Who is this person?

28.Celeron is a brand name given by a company to a number of different computer microprocessor models targeted

29. If your answer is “the computer champion on Jeopardy”

then the question will be?

Answer- “What is Watson?” On February 16, 2011, an IBM supercomputer, Watson won a three-day tournament against two experienced human players on the GK TV Quiz show Jeopardy.

That’s all the questions and answers in the prelims of Kerala State IT Quiz 2018.