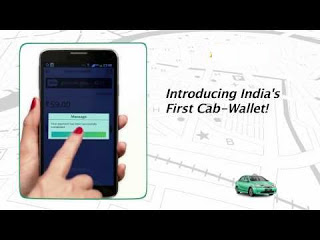 Rate this post
Hi friends , here we are presenting the TCS IT Wiz 2015 Kochi prelims . We have our sincere thanks and wishes to Sreekant Shenoy, from Bhavans Adarsha Vidyala, Kakkanad for sharing us the questions

1.This company got its name from Indian mythology. Which cab company is this? Ans:Meru
2.Which word originally means ‘ a spirit of harmless,creative,Fun’ . Which now have a reverse meaning in the internet world ?
Ans:Hack
3.Name the company which was founded by Toshio Lue and owned by Panasonic whose name means ‘Three Oceans’. Because they want to spread their products across Pacific, Atlantic and Indian ocean [Hint:Old generation people know about it]
Ans:Sanyo
4.In HTTP , if HT stands for Hypertext . Then what does TP stands for ?
Ans:Transfer Protocol
5.Identify the logo Ans:Kik
6.If ‘The Everything Store’ is a book about Amazon. Then ‘The perfect Store’ is about ?
Ans:eBay


7.Identify this logo which you see in the jersey of Delhi Dynamos

Ans:Freecharge
8.Which company manufactured the first smartphone Simon ?
Ans:IBM
9.The startup is supported by Rocket Internet , a global mobile food delivery marketplace . In some other countries this service is called ‘hellofood’ . Which company are we talking about ?
Ans:Foodpanda
10.Who wrote this book ? Ans:S Ramadorai
11.On March 18 2013, Vinton Cerf, Robert Kahn, Louis Pouzin and Marc Andreesen and another person was awarded the Queen Elizabeth Prize for Engineering for “ground-breaking innovation in engineering that has been of global benefit to humanity.”Which is the fifth person who is also the founder of W3C ?
Ans:Tim Berners Lee
12.This is a film about whom ? Ans:Julian Assange
13.On April 1 , 2004. Google introduced something offering 1 GB which all the people thought as an April Fools prank because the competitors on this field were giving only 2 MB , 4MB etc . Which service ?
Ans:Gmail
14.Identify the logo Ans:Slideshare
16.Yandex is a service from which country ?
Ans:Russia
17.Which game , called CoD as short have the series of games such as ‘Modern Warfare, Black Ops , Ghosts and Advanced Warfare’ ?
Ans:Call of Duty
18. .tr is the TLD of which country ?
Ans:Turkey
19.Identify the two letter answer , which features the character from Despicable Me