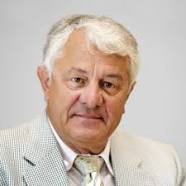 1. “an effort to create and distribute a multilingual free _________of the highest quality to every single person on the planet in his or her own ________.”
What is described above ?
Who said that ?
Ans: said by Jimmy wales about wikipedia

2. Discovery of the phenomenon named “Frequency Hopping” is a mile stone in the establishment of Cellular Mobile Networks.The American lady scientist who filed patent for this was an Actress too .Name her ?
Ans : Hedy Lammrr

6. Microsoft released Windows 1.0 on 1985 with GUI (Graphical user interface) that can be controlled by mouse.Microsoft also included a game with windows 1.0 to familiarize this GUI and the new input method with mouse. What is the name of the Game included with Windows 1.0 ?
Ans:Reversim

7.
* X is a person
*X was the former executive officer of YAHOO!
*X was also the former chief product officer of Snapdeal
*X is the new head of Facebook messenger
* Name ‘X’ ??
Ans : Anand Chandrasekharan

8.This is a popular lifestyle trend among millenials, who typically wear computers in order to capture their entire lives, or large portions of their lives to track their own daily behavior. What do we call such individuals? Or simply what do you call a person who track his/her daily life and post every moment online?
Ans: Lifelogger

9.___________ is a Snapchat clone app launched only in Brazil and only in Android. The developers of this app wants to spread this into developing countries as an equivalent for Snapchat,
Facebook is behind in this App
Name the App ?
Ans: Flash

13. What is that much special with the Russian young man named Alexey Moiseenkov ?
Ans : He is the developer of the app ,”Prisma”

If you wish your questions to be published here, mail it to iquiz@itquiz.in