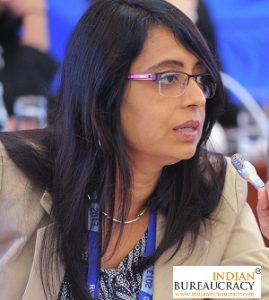 “X” Was the First Women District Collector of Palakkad. “X” also served as the Collector of Kozhikode,Secretary of both Health,Education and Social Welfare Departments. “X” is now the Chairman And Managing Director of A Firm that formed to fuel ICT enabled education in the schools in the State. ID “X” Ans: Dr.Usha Titus     2. “Y” is is an academic and professional association that promotes educational uses of technology. “Y” was formed on 1923.Now Its HQ is @ Bllomington,Indiana(Old HQ @ WashingtonDC). “Y” gave an International Contributions Award to a Keralite on Aug 1,2018.the person Who recived the award is Anvar Sadath,Vice Chairman of KITE ID “Y”. 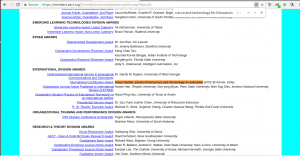 Ans: Association for Educational Communications and Technology(AECT)   3. “”____?____”, Thejaswini Annexe Building, Technopark Campus, Thiruvananthapuram, 695581″ is the address of a Technological research and Development centre initiated by our state’s Law Enforcement . ID Ans: Cyberdome —“X”— is a 17 member,Malayali-NGO-Hactivist Group.The organization founded in October 23, 2015 by GH057_R007.they has been in media publications many times, including BBC and Daily Mail. ID “X”

Ans: KCW 5. Recently Whatsapp has Launched the Support for Stickers in Whatsapp Messengers. A Startup From Kerala Created Whatsapp Stickers Releted to Keralapiravi and Receieved wide Acceptance from World wide malayalees . Name the Startup And its Key people . 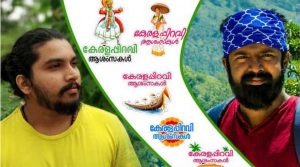 Ans: Zerobulb By Jose Vargheese and ES Sanoop 6.What is T-TBI ? Ans: Technopark-Technology Business Incubator (it was the Early form of Startup mission,kerala) 7.“X” is an Ethical Hacker and Cyber Security Analyst. He won bounties from Google,Pebble,Apple,AT&T,Yahoo,BlackBerry,Twitter.etc(every tech companies!!!!!!!!!!!!!!) “X” is now an Assistant commander of Kerla police Cyberdome. He Launched OSecCon Event For Cyber Security Enthusiasts ID “X” 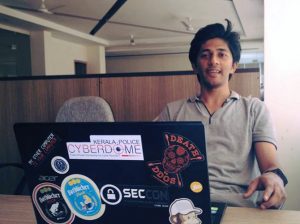 Ans: Hemanth Joseph www.hemanthjoseph.com 8.–“X”– is the nodal agency of Our  Government  for entrepreneurship development and incubation activities of our State . It was founded on 2006 and Dr. Saji Gopinath is the current CEO . ID “X” Ans: Startup Mission (KSUM) 9.“X” is an artificial intelligence-based recipe discovery platform developed by a Startup Team.It has become the first app from India to receive Editors’ Choice at Google Play Store. “X” is also partnered with Reliance Jio and Reliance Fresh. ID the App/Platform Ans: Recipiebook   10. IEDCs are Established in Several Educational Institutions for promoting Startup Ideas .Expand IEDC Ans: Innovation and Entrepreneurship Development Center (IEDC)