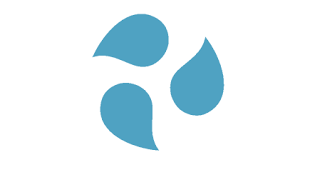 Ans:Datawind
2.In the context of the World Wide Web, this is a Uniform Resource
Identifier(URI) that is stored for later retrieval in any of various
storage formats.What?
Ans:Bookmark
3.In the world of e-mail retrieval protocols what dos IMAP stands for ?
Ans:Internet Message Access Protocol
4.Peter Stern was the founder of this company.It is a popular URL
shortening and bookmarking service website.It came under some scrutiny
due to its connection to Libiya.Name it
Ans:Bit.ly
5.With which media company would you associate this ?

Ans:NDTV
6.Expand PPM (With relation to Printers)
Ans:Pages Per Minute
7.Identify this person [hint: He is the inventor of GIF format] Ans:Steve Wilhite
8.William Herschel discovered this invisible radiation, which is now
used for short range transmission.What is it [some more info was given]
Ans:Infrared
9.With which search engine did rapper Jay Z tie with for the launch of his book “Decoded”?
Ans:Bing
10.Identify this person Ans:Dick Costolo
11.Plus is an interbank network that covers all _____ credit,debit, and
prepaid cards, as well as ATM cards issued by various banks worldwide.
Fill in the blank
Ans:VISA
12.Identify this technology Ans:Augmented reality
13.The numerical weight that it assigns to any given element E is
referred to as the ______ of E and denoted by PR(E). It was named after
one of the founders of the company.What ?
Ans:Pagerank
14.With which gaming company would you associate this animal Ans:Sega(This is the image of Hedgehog)
15.Who has been rated as “India’s most dangerous cricketer” by McAfee?
Ans:Chris Gayle
16.People were calling this problem as CDC (Century Date Change), FADL
(Faulty Date Logic). The current name was given by David Eddy. Which
problem?
Ans:Year 2000 (Y2K Problem)
17.Sony Pictures has tied up with which company to introduce a mobile game based on the movie ‘After Earth’ ?
Ans:Reliance
18.Bichitra is a project with all the works and info of which author?
Ans:Rabindranath Tagore
19.Developed by Balendu Sharma Dadhich , X is a Devanagari word
processor that complies with the InScript Devanagari Text Input Standard
authenticated by the Government of India, the Unicode Consortium and
Bureau of Indian Standards. It allows typing text in Indian languages,
i.e. Hindi, Marathi, Sanskrit, Nepali and Konkani.What is X ?
Ans:Madyham
20.S-schools is an initiative by which electronics giant for making education better in schools?
Ans:Samsung