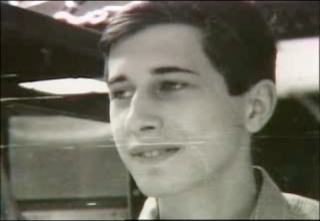 1.Pranay Chulet, is the founder and CEO of which online classifieds portal launched the website in 2008 in India ?
Ans:Quickr
2.Identify this person [hint:He Launched the GNU project] Ans:Richard Stallman
3.Expand POP
Ans:Post Office Protocol
4.It was originally codenamed “Majel” after Majel
Barrett, the wife of Gene Roddenberry, and well known as the voice of
computer systems in his Star Trek franchise.How do we know it today ? Hint (Related to Google)
Ans:Google Now
5.A X is a collection of Internet-connected programs communicating with other similar programs in order to perform tasks. The word X is a portmanteau of robot and network.What is X ?
Ans:Botnet
6.Bloodline Club, a initiative for blood donation was launched by which famous Indian mobile operator?
Ans:Tata Docomo
7.It is a computer accessory that is used to assist in navigating or providing more precision when using touchscreens. It usually refers to a narrow elongated staff. What is it ?
Ans:Stylus
8.Identify this logo Ans:Microsoft OneNote
9.Revolution, Dolphin, Atlantis, Project Reality , Project Nitro, Oxygen and Project Cafe are all codenames used by which company ?
Ans:Nintendo
10.Which motion sensing input device, stems from early work on the EyeToy, a webcam-based controller for the PlayStation 2 conceived in 1999 and released in 2003 ?
Ans:Playstation Move
11.Who creates this game ?(not sure about image,don’t know even image was given) Ans:Zynga
12.Which company changed its strategy in November 2009 by changing the question asked the users for status updates from “What are you doing?” to “What’s Happening?” ?
Ans:Twitter
13.What is the name of the Telecom & Telemetry services arm from GAIL (India) Limited, which if know for commercially leasing telecom services to telecom operators across India since 2001 ?
Ans:GAILTEL
14.Identify this logo Ans:Verisign
15.On August 9,2012, English musician Ellie Goulding came out with a new music video for her song “Anything Could Happen”. The video only contained fan submitted _______ _______ to represent words or lyrics from the song.Fill in the blanks
Ans: Photos using Instagram
16.Datacash, comes from which company ?
Ans:Mastercard
17.Identify the picture which uses a cryptography encoding(the name was erased) Ans:Morse Code
18. A Question was asked on NDP