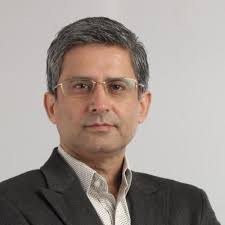 1. The man on the picture is Aaron Hillel Swartz. He was an American computer programmer, entrepreneur, writer, political organizer, and Internet hacktivist.A famous documentary was created portraying his life. It was written, directed, and produced by Brian Knappenberger. ID the documentary.

Ans: The Internet’s Own Boy Ans: Khoya Paya.  KhoyaPaya is a citizen centric portal for the missing and vulnerable children, where any citizen can register with the portal and provide information about a missing or sighted child, without waiting to complete the legal formalities. The information supplied by the citizen would be made available for public view after quick moderation, thereby saving the valuable time. The citizen can further do searching of the database of the children by matching the attributes of the lost/sighted child. This also considerably reduces the time for the relevant information to reach the affected citizen. The mobile app facilitates the user in providing details of sighted children.

3.ID the association. Clue: [It conducts the national level Informatics Olympiad in India.]

4.The man on the picture is Hemanth Joseph. He is currently working as an information security researcher at a firm called Slash Secure and is also serving as a commander at Kerala Police Cyberdome.
He was recently in news for discovering a weakness in iOS 10.1 which allowed him to bypass the activation lock on an iPad.
He has been listed in Google’s Hall of fame and received a bounty of $7,500 for reporting a critical vulnerability in Google Cloud Platform.
ID the open security community for students started by him.
Hint:[It is the first of it’s kind in India] 6.This was the google doodle of April 7, 2016. It was the 96th birthday of a world famous  Indian musician and a composer of Hindustani classical music. ID him. 8.It is an open online resourcce on the arts, cultures and heritage of India. Here you can read articles, watch videos, listen to interviews, and browse image galleries. It is a non-profit organisation registered  in India under the Societies Registration Act of 1860.

9.While the co-operative banks across the country face an uncertain future following Reserve Bank of India’s restriction on cash transactions, a primary co-operative bank in rural Kerala has found a digital solution to tide over the financial crisis and challenge the hegemony of high-spending e-commerce websites.

What makes COOPaisa different from other digital currencies is that it doesn’t differentiate between those who have smartphones and non-smartphones.Smartphone users can complete transactions by scanning the bar code displayed at the shops, while non-smartphone users have to rely on the One Time Password received on their phones.Pradeep Menon, president of the the bank, said COOPaisa was launched to ease difficulties of the bank customers in six panchayats. “We have been receiving positive feedback from the customers, vendors and autorickshaw drivers during the last three days. It shows that our efforts have paid dividends,” he said. Ans: This app named SpeedSpot is launched by Kannur district collector.   Here is a detailed news.

According to the ministry of road transport and highways report, a total of 4,196 people died and 43,735 were injured in road accidents in Kerala in 2015. The state had the fifth highest number of accidents in India at 39,014.

11.Connect the following to a game sequel

12.Connect the following 5 pictures to a company

Samsung and Navodaya Vidyalaya Samiti started the Samsung Smart Class initiative in 2013. Today, it is present in 373 Jawahar Navodaya Vidyalaya across rural India. Over 2 lakh students have been introduced to modern learning with the help of Samsung tablets,

Smartboards and other devices in these classes. Access to latest technology is helping these students dream bigger. Smart Class program is a Samsung CSR initiative that aims to bridge the digital gap between rural and urban India and provide equal opportunities to people from all backgrounds for quality child education.

This video is based on the real life story of one such student, Sadanand Ugale, from Chinchada, a remote village in Maharashtra and a student of Jawahar Navodaya Vidyalaya in Kannad in Aurangabad Dist., Maharashtra.

13. The man on the left on the following picture is the country manager of a world famous tech company. ID him and the company. Before joining Apple, Kaul was associated with BlackBerry (earlier Research In Motion) in the capacity of Director – Channel sales for India for over two years where he revived Airtel BlackBerry business to achieve three digit percentage growth in net subscriber additions in 12 months. After completing his Msc (Tech) Engineering Technology, Industrial Engineering from BITS Pilani, Kaul completed his MBA in International Business from Gustavson School of Business, Canada in 1998 and moved back to India in 2008.

14.Started in May 1989, by UNESCO, the International Olympiad in Informatics (IOI) is one of the five International Science Olympiads organized around the world. The primary aim of the contest was to stimulate the interest of middle and high school students in informatics and information technology. It also brought the pupils from different countries at one podium to share cultural and academic experiences. The IOI World Final Is Hosted By Any Of The 91 Countries And Regions Presently Registered With The International Olympiad In Informatics. However, Every Participating Country Hosts Their Own Prelims To Select The Students Representing Them At The World Finals. Every Participating Country Sends A Delegation Of 4 Students And 2 Adults, Accompanying Them As A Coach Or Mentor. The Two-Day Long Contest Sees Students Competing Individually By Solving A Set Of Informatics Problems. The Contest Is Followed By Some Cultural And Recreational Events Organized On The Remaining Days.

That was a short introduction to IOI
The International Olympiad in Informatics 2016 World Final held was held in Kazan, Russia, from August 12 to 19, 2016.

I want you tell me the place where The International Olympiad In Informatics 2017 world final will be held in?

Ans: The International Olympiad In Informatics 2017 world final will be held in Tehran, Iran from July 28 – August 4, 2017