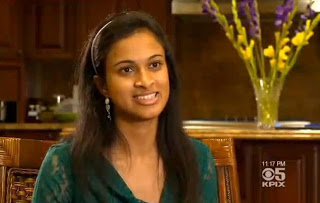 1.Yahoo has partnered with which company to help Yahoo mail users attach files easily and quickly ?
Ans:Dropbox
2.She is Eesha Khare. What did she do ? Ans:Krishnakumar Natarajan
6.Which company has recently launched the ‘Cup of Coffee’ campaign to
demonstrate to small business owners how easy it is to built websites ?
Ans:Godaddy
7.It was originally released as a powertoy for the Tablet PC in 2002.The
program is  a screen-capture tool that comes with Windows.How do we
know it?
Ans:Snipping tool
8.Which international organization was founded in 1998 by Steve Linford
to track email spammers and spam-related activity, was  in the news
because of some serious spam attacks ?
Ans:The Spamhaus Project
9.Which Chinese search engine is developing a prototype digital eyewear similar to Google Glass ?
Ans:Baidu
10.Ricoh Innovations Corporation (RIC), a subsidiary of Ricoh Company
Ltd, recently launched a mobile visual search platform which connects
users with a variety of digital media by capturing an image. What is it
called ?
Ans:Ocutag
11.Identify the logo Ans:Wechat
12.It is a group of similar binary-to-text encoding schemes that
represent binary data in ASCII string format by translating it into a
radix-64 representation. What is this called ?
Ans:Base64
13.Gameloft, a Paris based publisher and developer of games has tied up
with this channel’s digital arm to distribute their mobile games in
India. Which one ?
Ans: Disney UTV
14.Identify Ans:Sumit Dagar created Braille Smartphone
17.A Carnegie Mellon computer professor is credited for creation of
this.He thought it would help people on message board at Carnegie Mellon
to distinguish serious posts from jokes.What did he create ?
Ans:Smiley
18.Identify Ans:Justdial (Amitabh Bachan is the brand ambassador , the phone no of Justdial)
19.In the context of the World Wide Web, X is a
Uniform Resource Identifier (URI) that is stored for later retrieval in
any of various storage formats. All modern web browsers include X features. X are called favorites or Internet shortcuts
in Internet Explorer, and by virtue of that browser’s large market
share, these terms have been synonymous with X since the first
browser war.
What is X ?
Ans:Bookmark
20.Which global company has partnered with small companies in India to build several technologies
Ans:Yahoo