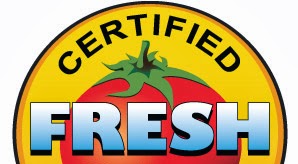 1.The company has a rich heritage of many “firsts”, including creating the first Microsoft-powered smartphone (2002) and the first Microsoft 3G phone (2005). Their first major product, one of the world’s first touch-screen smartphones, appeared in 2000.Which is the company [ hint:Taiwanese Company]
Ans:HTC
2.Name the TCS initiative which uses mobile phones and sensor technology to give personalized advice to farmers
Ans: M-Krishi
3.Expand URL
Ans:Uniform Resource Locator
4.Identify this website devoted to reviews, information, and news of films Ans:Rotten Tomatoes
5.The term was inspired by a story in Greek Mythology because the thing being talked about appears to perform a desirable function but instead facilitates unauthorized access to the users computer system.What is it ?
Ans:Trojan
6.What was codenamed ‘Fennec’ ? [ gave little more info]
Ans:Firefox
7.Which company did BSNL tie up with to come out with a range of tablets ? (Samsung , Pantel , Aakash)Ans:Pantel
8.This is the Game ‘The Secret of Monkey Island’.Who creates it .
[hint:it is a animation company which started making games] (different
image) Ans:Walt Disney
9.It is the online equivalent of a physical point of sale terminal located
in most retail outlets. Paypal is one of the largest names in this
sector. Name the product/technology[hint: Giri said about some arch ..
something]
Ans:Payment Gateway
10.X is a Hungarian Company, producing a cloud-based (SaaS)
presentation software and storytelling tool for presenting ideas on a
virtual canvas.was officially established in 2009 by Adam
Somlai-Fischer. What is X ?
Ans:Prezi
11.Identify Ans:Torch Browser
12.It is a “social cataloging ” website founded in December 2006 and
launched in January 2007 by Otis Chandler, a software engineer and
entrepreneur, and Elizabeth Chandler. The website allows individuals to
freely search their extensive database of books,annotations, and
reviews. Name it (Bookmarks, Crossword,Goodreads)
Ans:Goodreads
13.Identify Ans:Snapfish
14.This app has just been launched by Gurgaon based Founder & Vishal Sharma and is the first app in the world for instant hiring of autos. Name the app
Ans:Appycab
15.Elwoods Edwards is an American voice over actor. He is best known for
uttering a phrase which was also the name of a very successful Hollywood
movie. What did he say ?
Ans:You’ve Got Mail
16.If 10 to the power 3 is Kilobyte . Then what is 10 to the power 24 [hint: it is extreme] (Picabyte, Petabyte , Yottabyte)
Ans:Yottabyte
17.French word for ‘courriel’ . How do we know it ?
Ans:e-mail
18.The iconic adoption of this keyboard combination has come from David
Bradley, a designer of the Original IBM PC.It was chosen since it was
nearly impossible to press this with one hand.What is the combination
[hint: Bill Gates recently apologized about this]
Ans:Ctrl+Alt+Del
19.Identify the logo Ans:Yammer
20. X is a navigation aid used in user interfaces. It allows users to keep track of their locations within programs or documents. The term comes from the trail  in a popular fairytale.[hint: It is used to track trails]
Ans:Breadcrumb