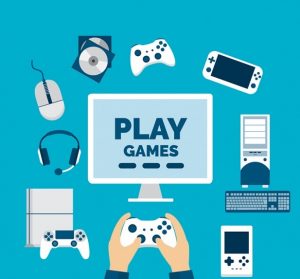 1. Temple Run is a video game franchise of 3D endless running video game developed and published by Imangi Studios. The player controls an explorer who has obtained an ancient relic and is running from evil demon monkeys who are chasing him. While running, the explorer collects coins that can be used to buy boosters later in the game. What is the shape of these coins?

2. The most famous plumber guy, Mario is controlled by the player by tapping as he constantly runs forward. Luigi is one of the characters in this popular game series. How is Luigi related to the protagonist, Mario?

3. This series of life simulation video games was developed by Maxis and published by Electronic Arts and is one of the best-selling video game series of all time. Name its latest release.

4. He is not only credited with creating the Mario franchise but also “the Legend of Zelda”, “Star Fox” and others. Born in 1952, he now serves as a representative director for Nintendo. Who is he?

5. Due to their belief that the game incites violence, the government of this country had banned the sale of original “Grand Theft Auto”. Name this country.

6. A glitch in a code of Pac-Man makes it impossible for users to pass one of the levels in the game, making it the highest level a player can reach. What is the level number?

7. Pickaxe, a commonly-used instrument for mining, is the basic tool in which game?

8. The world-famous action-adventure video game series, Grand Theft Auto, takes inspiration from real-life megacities for the cities in the game. Vice City and San Andreas were respectively inspired by Miami and California. Similarly, the original street design for Liberty City was based on which real-life metropolis?

9. When Sonic the Hedgehog was first in development, he was actually called ________.

10. What color do the ghost enemies turn to once Pac-Man eats a Power Pellet?

Well done! You have reached the end of this Computer Games Quiz. I hope that you enjoyed it and learned something new. Don’t forget to comment, rate, and share it with your friends. Keep Learning, Keep Quizzing!!