QUESTION NO: 1
Connect–All these eminent personalities who visioned a great Institution in India ? 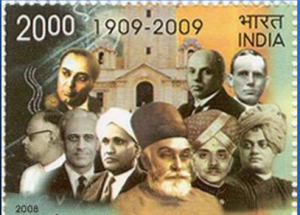 ● Performance of a supercomputer is measured FLOPS instead of MIPS.

● As of 2017, there are supercomputers which can perform up to nearly a hundred quadrillions of FLOPS, measured in P(eta)FLOPS.

● He got this award for this contribution of which area in Engineering Sciences. 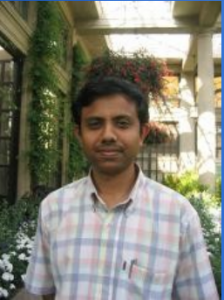 ● He is an Associate Professor in the Department of Electrical Communication Engineering (ECE) at the Indian Institute of Science (IISc), Bangalore, India. Broadly, He works on next generation wireless communication systems such as cellular systems, wireless local area networks, and wireless ad hoc networks.

● This website is a virtual online museum of coins, currency notes and postage stamps. It was launched on April 23, 2016, at coin & philately fair held at the World Trade Center, Mumbai.

● It is an online platform for learning about ancient coins, notes and stamps and the history of Numismatics, Notaphily and Philately.

● It classifies exhibits according to ancient, medieval, colonial and modern.

Name the Product in which this standard followed?

● The advantages of basing them upon an aspect ratio of √2 were noted in 1786 by the German scientist Georg Lichtenberg.

● Nobel prize-winning chemist Wilhelm Ostwald also proposed a method in the early 1900s, a rectangle which, when folded in half across its length, retains the same proportion, and forms the next smallest size.

● It became a standard of a product.

● The ISO paper size A standard is based on each size being half of the size of the previous one, when folded parallel to the shorter lengths. This system allows for a variety of useful applications, such as the enlarging and reducing of images without any cutoff or margins, or folding to make a booklet of the next size down.

● The mathematics behind this useful feature is that the sheets have an aspect ratio (that’s the ratio of the length to the width) of the square root of 2.

Identify this Data mining, data brokerage, and data analysis company which was recently in news? 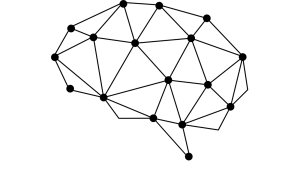 ● In 2006, early concepts of this were based on the Atmel ATmega644 microcontroller. A trustee named Eben Upton assembled a group of teachers, academics and computer enthusiasts to devise a computer to inspire children.

● The first ARM prototype version of the computer was mounted in a package the same size as a USB memory stick. It had a USB port on one end and a HDMI port on the other.

Which application by Kerala state government is shown  here?

Answer: MKeralam – the unified mobile application, envisaged to bring together all the services offered by various government departments under an umbrella

What is the Term ?

● Simon Newcomb, a Canadian-American mathematician became superintendent of the US National Almanac. His previous interests motivated him to to place planetary and satellite motions on a completely uniform system, thereby raising solar system studies and the theory of gravitation to a new level. He largely accomplished this goal with the adoption of his new system of astronomical constants at the end of the century. However, he is largely credited for being the first to come up with something that took its name from the Greek words for “diary” or “journal”. What?

Ephemeris/Ephemerides – a table of values that gives the positions of astronomical objects at a given time.

The browser where red panda is seen ? 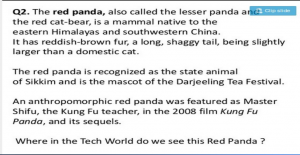 ● YouTube Rewind is a video series produced and created by YouTube and Portal A Interactive. These videos are an overview and recap of each year’s viral videos, events, memes, and music.

● Each year, the number of YouTube celebrities featured in the video, as well as the presentation of the series, have increased.

● The latest episode of YouTube Rewind was released on December 8, 2016 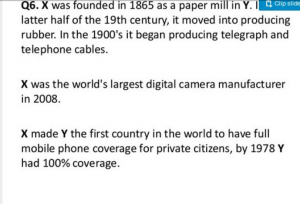 Cause of this skin condition ?

Erythema ab igne (EAI), also known as hot water bottle rash, is a skin condition caused by long-term exposure to heat (infrared radiation). patients complain of mild itchiness and burning sensation, but often, unless unless a change in pigmentation is seen, it can go unnoticed.

What has been reported as one of the top causes for the same? 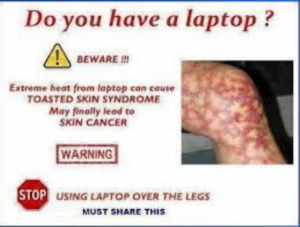 X, a Silicon Valley native, was Y’s 16th employee and the company actually worked out of X’s garage for its first few months.

X is responsible for originally marketing Y’s services, with a budget of exactly zero dollars by partnering with universities and having them include Y in their websites

X spearheaded Y’s purchase of Z in 2006 for $1.65 billion. Z is currently worth $40 billion, which makes it potentially more valuable than Twitter’s current $30 billion valuation.

X is the current CEO of Z.

Excerpts from an interview by X in 2016.

“In 40 years we’ve gone from Pong to massively multiplayer online games with millions of simultaneous players, games with photorealistic graphics, and stand now on the cusp of a new wave of virtual and augmented reality experiences. If you assume any rate of improvement at all then games will become indistinguishable from reality. Even if that rate of advancement drops by a thousand from what it is now, let’s just imagine what will happen 10,000 years in the future.” X said, presenting two options. “Either we’re going to Y or civilization will cease to exist.“ Give me X and what he is talking about.

This is the promotional poster for a reality TV show called “Planet of the Apps” which was announced in March 2016 by X. The show will be an unscripted series about the world of apps and the talented people that drive its innovation. The show will feature Gwyneth Paltrow, Jessica Alba and will.i.am as mentors. Id X.

The products of which company X ?

• Dodgeball- it uses SMS to broadcast a user’s location to certain, set number of people

● Some believe that anything Google touches is golden. Closure of Google products are reminders of how this weren’t so. Below, a summary of important Google products that haven’t made the cut, over time.

● UMANG project or app is being developed by the union ministry of communications and information technology’s national egovernance division (NeGD).

● This game is one of the most popular mobile games of this year. Like every sensational novelty, this game is facing various troubles. Thus, this game is banned in many countries for different reasons.

● Iran is the first country to ban this game.